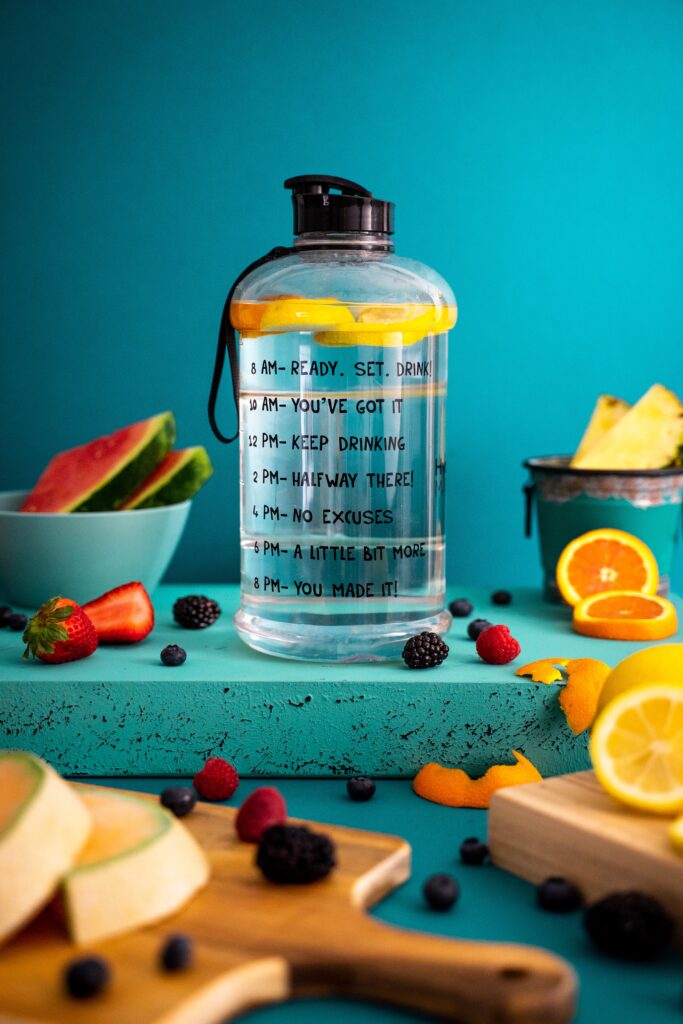 It’s hot outside! We’ve reached that time of year in most parts of the country when temperatures are in the 80s or higher, and we’re all feeling it! Our runs are starting earlier and earlier each morning so we can get our miles in before it becomes too uncomfortable or even dangerous to get out and run.

Hydration takes on a greater importance during hot weather since we’re losing so much more fluid through sweat. According to Brigham and Women’s Hospital, we generate 20 times more heat while running than when we’re at rest, making us sweat to cool our bodies. But we can also venture quickly into dehydration – the article reminds us that losing more than 2-3 percent of our body weight in fluid is enough to trigger the process of dehydration.

Dehydration feels awful. Our heart rate rises, we cramp and get headaches. Serious dehydration can lead to hospitalization or worse.

While the worst-case scenario isn’t likely if we’re running and walking for short periods of time, it’s still important to avoid even the slightest possibility of dehydration by staying hydrated before, during and after our runs.

Here are some common questions and answers about hydration, particularly during hot weather.

Q: How much do we need to drink to stay properly hydrated for a run?
A: Experts recommend hydrating before you start running. An article on hydration from outdoor retailer REI suggests drinking 17-20 fluid ounces about two hours before your run. For a run of about 45 minutes, drink about 5-10 fluid ounces every 15-20 minutes. After running, drink 16-24 fluid ounces for every pound lost to help with your recovery.

Q: Should I drink water only? Are sports drinks necessary?
A: Water should be considered the first choice for hydration, and for many runners, that’s probably all you need. If you’re going for a longer run or are sweating a lot, Michigan Medicine details why a sports drink might be helpful during or after the run. (Hydrate with water before you run though.)

A sports drink can help replace key minerals in your body such as sodium, potassium, calcium and magnesium. The REI blog recommends a sport drink with no more than 8% carbohydrates, as a higher percentage could cause an upset stomach. Be aware that not all sports drinks are created the same – you’ll find some with caffeine, some with protein, some with high carbohydrates, etc. It’s advised to test them out to see what works best for your body.

Q: How do I know when I’m getting dehydrated?
A: If you’re feeling thirsty, you’ve already started to get dehydrated, so drink up! You want to make sure you’re drinking water or your sports drink before you reach the point of thirst. A dry mouth and an energy decrease are also early signs of dehydration – you don’t want to get to the more advanced ones!

Q: Can I drink too much?
A: Yes, although it’s rare. There’s a condition called hyponatremia which occurs when you’re taking in too much water. This isn’t likely to happen on short runs, but if you’re going long distances (think marathons) and aren’t replenishing your sodium levels, you could start feeling some of the same symptoms of dehydration and mistakenly begin taking in more water.

To avoid hyponatremia, simply stick to the hydration guidelines listed above, and integrate a sports drink with sodium (or snacks with sodium) during your long run to keep your sodium levels balanced.

Are you drinking enough water before, during and after your runs to stay properly hydrated?