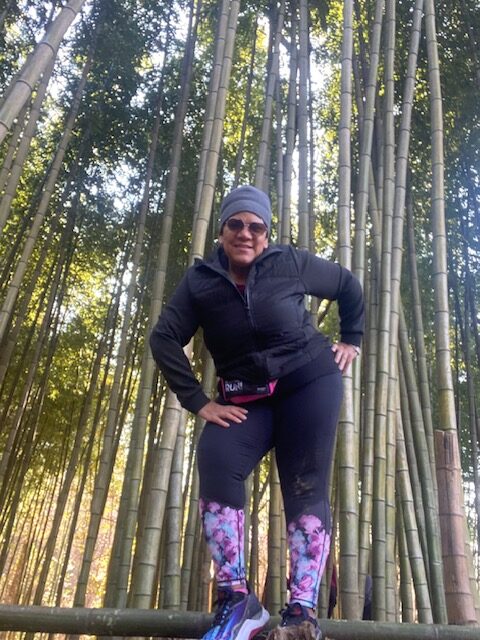 You will more than likely read and hear many New Years’ resolutions in the coming weeks and months.  You’ve also heard and experienced that the last two years have been brutal for many of us.  This brutality and the experiences have stirred up some fear in some of us that we didn’t even know existed.  Fear can exist in many areas of our lives, including our personal lives, our family dynamics, our health and exercise goals, and the list goes on and on and on.

Recently, I had an encounter with nature.  Real nature.  The woods.  A trail.  Slippery slopes.  Markings on poles indicating which route is which trail.  Not following the markings, one can get lost.  Not paying attention to details, one can get lost, one can fall, one can become fearful.

Before going on this hike, I hesitated, I thought twice, then thought again.  I almost backed out, because of fear.  Fear of the unknown.  I was fearful of falling.  I was fearful of my stamina on the trails, the hills, and the terrain.  Fear almost made me turn around and go back home even after reaching the destination and parking.

There was a section of the trail that was especially treacherous.  Upon reaching that section, those ahead of me tackled the section with little effort, reached the other side, and waited for the rest of us to make the journey.  I was so fearful that I even yelled “…had I known it was going to be like this, I wouldn’t have come!”   I also wondered … “do we have to come back this way?”  I may have uttered that out loud as well, because I faintly remember hearing someone respond:  “yes”.  So, even though I was working my way to make it to the other side of this treacherous section, I still had to make it back across when we returned.

On that treacherous section, it was lined with trees.  The trees had roots above ground, and one of the women advised that those of us who were fearful, to get down on our knees and grab hold of the tree roots as we crawled to the other side.  Looking back on the experience, it is synonymous with how life will throw us some treacherous situations.  In order to make it through those situations, we have to grab hold to the roots.  Whatever your roots are, whether it be your faith, affirmations, scriptures, doing whatever is helpful for you to become grounded to get you through to the other side, grab hold and keep moving.

While on that trail, I could have turned around, I could have made the decision to leave the group when we came upon that treacherous portion, but if I had done so, I would have had to either sit there alone and wait for the group to return, or make it back to the cars alone.  If I had not continued on the trail with the group, I would have missed out on the beautiful scenery that was ahead of us.

Takeaway:  Don’t let fear take root and cause you to miss out on the beautiful things that lie ahead. 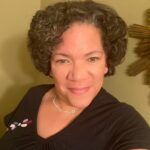